ZAMBIA : Green Eagles tipped to bounce back to top four 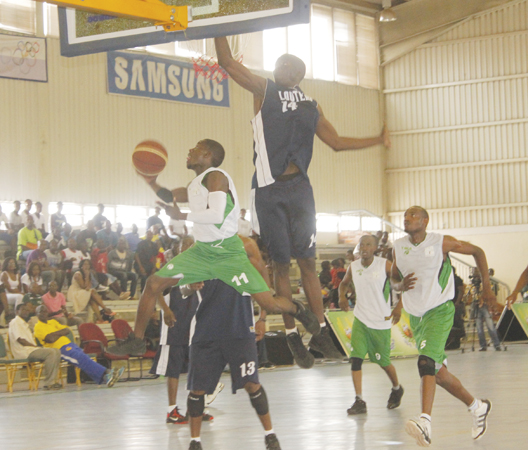 HOOPS with MWEMBE KAONA
IN OVER six weeks from now, the 2015 basketball season will take off and if there is a team many hope will bounce back to being title challengers, it is the Sankisha Chilwesa-drilled Green Eagles.
Eagles have in the past three years struggled for a top-four finish.
Eagles are an outfit with a lot of depth in terms of experience but lack on the aspect of fresh blood though that should not deter them from crossing the line to play in the national championships series at the close of the regional league.
In 2007, Eagles were Zambia’s envoys at the Falcons Invitation International tournament and performed considerably well, though not well enough to win the coveted top prize.
At that time, the uncompromising Aggrey Kabalata was head coach and during his reign, the side had a competitive edge against opponents, but one cannot say his departure is the reason for their dwindled rating.
Chilwesa is a dedicated and promising trainer with a lot of commitment and passion for his side, determined to learn at every opportunity.
His cast of players, who include Francis Chibebela, ‘Sharp shooter’ Obert Muleza and Luke Manzili need to rise to the occasion and revive the team’s fortunes.
There is also need for the side to beef up in order to fill gaps left by David ‘eLTee’ Chinunda and Lawrence ‘JB’ Mulongwa.
Another side that will be a focal point is Heroes Play United, who will make a return to top flight basketball after a season in the second division.
The former national basketball kings had a disappointing 2013 season, which saw them go down from the A League to the B League, something that was unthinkable considering the team’s rich background.
But it was with humility that trainer-cum-manager Maziko Phiri accepted fate, saying it was going to serve as an opportunity to reflect and rebuild the team. Hopefully, they are back to stay.
Last week, I discussed the issues of coach versus referees and as expected there were some responses, though with caution from affected sectors.
Connell Kandala from Kitwe did not seem to dispute but posed a question on what the solution to poor officiating would be, while Eagles coach Chilwesa was of the view that the subject was food for thought.
An official who declined to be named charged that the onus was on the coaches to ensure their players were well prepared to win a game and not go on court to argue with match officials.
He said coaches are responsible for drilling players, mentally preparing them and drawing game plans. Therefore, referees have no hand in a team’s technical failure, especially if it is losing a match.
I will discuss possible solutions to concerns by both parties next week, but for now, I may add that both sides of the coin share the blame.
The national championship between UNZA Pacers and Matero Magic has been an interesting affair.
More on this later. Have a blessed week!
mdkaona@gmail.com