CHAD : First-timers Chad won’t back down in Madagascar 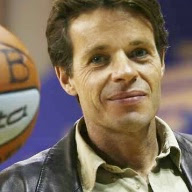 BORDEAUX (Afrobasket 2011) – An unfamiliar team will be at the Afrobasket in Antananarivo next month that no one should take lightly.

When the tournament tips off in Madagascar, Chad will be the only national side taking part that has never competed in Africa’s showpiece event.

This is nothing that worries Chad’s coach, Frenchman Patrick Maucouvert.

“We don’t have much experience, but all we are going to do is play with attitude,” Moucouvert said to FIBA.com.

Recently handed the reins to the team, Maucouvert, who coaches French club Feurs Forez of NM2, plans to bring a combination of home-, Europe- and United States-based players to the tournament.
“Looking at the Afrobasket nowadays, you have to recognize that the quality is high and it has improved significantly due to the quality of players,” Maucouvert said.
“We’ll put together the best players we have.
“It will be an extraordinary experience to play African teams like Angola, Senegal and Morocco in Madagascar.
“We are talking about the top teams on the continent.”

Chad were expected to launch their preparations in Paris at the end of this week.
“They (Chad Basketball Federation) want me to build a good and solid team,” Maucouvert said.
“A good team requires attitude, which I'll be working on.”
The 50-year-old coach wants his squad to face its “opponents in the eyes.”
“We are going there (to Madagascar) to write a new chapter in the Africa basketball history,” Maucouvert said.