UGANDA : What If Norman Blick & Ben Komakech are Joining Miracle 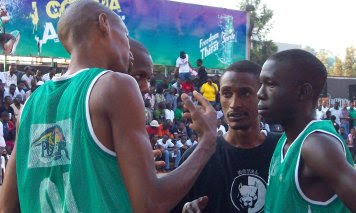 Norman Blick and Ben Komakech are apparently set to join Miracle. These reports are unconfirmed but we can not say that they are baseless. In fact, it is reported that these allegations have 99.9% truth to them, of course considering them as independent events. So just in case it is confirmed that the two champs and actually reigning regular season and playoffs MVPs respectively are joing the Rubaga based Eagles, Where does that leave us, considering they already have Steven Omony, Richard Osanoh Omondi , Tumusime Francis and Peter Elungat among many more talents like Edwin Katerega, Mukiza, Ceasor and many more.