KENYA : Eagle Wings will not be flying in Tunisia show after all 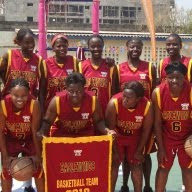 Assistant team manager Agina Wesonga explained that FIBA Africa, the continent’s basketball body, had informed the club it was now too late to make the trip for the tournament that gets underway in Bizerte on Friday.

Wesonga said efforts to get financial help from the government did not bear fruits and even money that the team raised was not enough to see them make it to the event which takes place from 19th to 28th November. Wings has been replaced by a team from Madagascar.

Teams already confirmed for the FIBA Africa Champions Cup for Women are the host club Sports Club of Bizerte (CSFB) of Tunisia, Saint Louis from Senegal, Arc en Ciel of DR Congo, Interclube of Angola, INJS of Camoeroun, Desportivo of Mozambique, APR of Rwanda and BBCM of Madagascar.

Participants from Zone III are yet to be confirmed but the clubs were expected from either Cote d’Ivoire and Nigeria.

Agina said that the team had trained well for the championships and was sure of becoming the first Kenyan side to make it to the medal bracket. They had even facilitated the return of guard Rose Ouma from the US last week.

“With the kind of training we have undergone in the last two months, we were sure of at least making it a podium finish,” he offered.

The hiccup, Agina said, has not demoralised the girls who are now looking forward to retaining their national league crown and the same the regional title in Dar es Salaam Tanzania next year.

“Despite this new development, the team is intact and will now focus all their efforts in retaining the two titles. We will still be a force both here and in the region,” he added.

The Eagle Wings assistant manager found it unfortunate that Zone Five would not be represented in this festival. Wings crushed APR of Rwanda in the finals of the eight team qualifiers in Bujumbura, Burundi last August.

Wings played in their first ever Africa Championships held in Nairobi in 2008 where they finished 10th in a 12-team tournament won by Desportivo of Maputo.

Agina, who has just qualified as a FIBA commissar after attending a clinic in Togo, said the only way the regional teams would play in this prestigious club event in future is for its officials to look for corporate sponsorship.

“They should look into this as a matter of urgency as this is the only way of ensuring that the teams will take part in the Africa championships after they qualify,” he warned.

Last weekend, Wings became the first team to make it to the KBF playoffs semi-finals after thrashing Mennonites 91-22 and 80-31 in the two-game series.

Agina thanked all those who came to the team’s aid and asked them not to shy away as the team still needs more financial help. He promised that he will account for all monies raised during the drive.

“Whatever little money we raised during the fundraising will now help us to travel to Mombasa and play Kenya Ports Authority in the playoffs finals should we win our semi-final against either Yana or United States International University (USIU).”