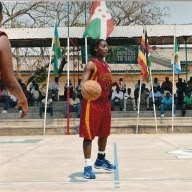 Kenya champions KCB Lions and Eagle Wings started the defense of their national titles on a winning note when they cruised to comfortable victories in their playoffs quarter-final clashes played at Nyayo National Stadium gymnasium over the weekend.

It was Ikapian who set the tie alight when he connected on four three-pointers in the opening quarter to put his team up 22-10.

However, the students recovered in the second to get within 28-21 in a low-scoring first half. The reigning champions though blew the game wide open after the break and took a commanding 47-30 lead heading into the final frame.

Blades were dealt a heavy blow when their playmaker and top scorer David Ogolla – who led them with 18 points – was ejected, causing Strathmore to lose their rhythm. He will miss Game 2.

Ipakian led all scorers with 21.

USIU had done almost everything right after an Evans Letting opening basket got off them off to a bright start. They were ahead 18-14 in the first quarter. In the second, the students went up a gear to take a 36-26 advantage into the break.

Co-op threatened to take over the proceedings after tying the score 42-42 on Peter Kiganya’s banked three-pointer.

USIU thought pulled in front thanks to the fine play of Arou Chan, Harrison Omondi, Papillon Odhiambo and Chris Mulumba to start the final quarter with a 49-44 cushion.

Chan swished two free-throws and hit a basket as the Tigers pulled away 55-46. However, USIU soon collapsed as Odhiambo, Omondi and then Mulumba all fouled out.

Co-op went for the kill with Kiganya as ther main man. He tied the game at 65-65 and it was all over thereafter. He finished with a game-high 30 points and Mike Makiadi added 13. For USIU, Chan nailed 25.

Meanwhile, in the women’s playoffs, national champions Eagle Wings flew all over Mennonites and became the first team to reach the semi-finals with a 80-31 win to complete a 2-0 sweep of the series.

Silalei Agalo scored 19 points, Eva Kedogo chipped in with 15 and Angela Okoth added 13 for the regional champions, who were ahead 38-16 at the intermission.

Wings, playing at US base Rose Ouma, had beaten Mennonites 91-22 in the series opener.

Millicent Akinyi scored after two earlier misses to set Wings away but Sarah Anyango’s three-pointer gave Mennonites their only lead, 3-2. After Samba Mjomba made a basket, it was all systems go. Angela Okoth paced the winners with 17 points, Rebecca Sarange finished with 13 while Shilalei Shani had 10. Everlyn Itaabu had a game-high 18 in the losing cause.

Yana also had it too easy beating USIU 64-29 after a 30-13 first-half lead. Sylvia Koech and Mitchelle Otinda had 13 points each for the tire makers while Debra Chan paced the Flames with 18 and Linda Mfuchi added 11.

Strathmore University controlled their game against Sprite Storms, leading for long spells, but were undone 42-36 after overtime. Emma Nyakweba scored 12 points and Maureen Andalia 11. Faith Owich led the students with 13 but was no factor in the last two quarters.

In the lower division, Mennonites made it to the semi-finals with a well-deserved 75-61 win over Nairobi Aviation College (NAC). David Burnet bagged 20 points and Collins Ouko 16. Edgar Kisiali had 12 for the losers.

The other tie saw Trailblazers stun Parklands Baptists 80-75 in overtime behind 19 points from Ishmael Nyamache and 10 from Shem Otieno. Joseph Situma contributed 230 and Dan Imbali made 18.

Former national champions Ulinzi Warriors took a bold step towards returning to the top league with a convincing 71-44 thrashing of World Hope. Towering Moses Shida was good for 19 points while Dieter Okoth had 12. Hope got 11 from Daniel Omondi.

With David Burnet in superb play making form, Mennonites had 22 points from Collins Ouko and 15 from Mark Ouko as they torched Nairobi Aviation College (NAC) 70-52. NAC payed better in the second half with Maurice Obilo managing 14 for Egdar Kisiali sinking 13.