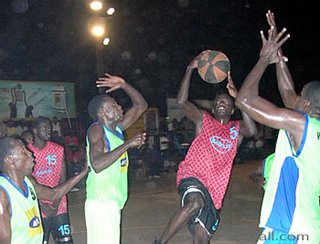 Warriors and MUK Sparks won the 14 th Edition of the Abraham Lincoln basketball tournament, claiming the titles that have for the last five years been dominated by Kenyan teams. It was the first time since 2000 that a Ugandan team was winning the event. Warriors claimed the men's title after defeating Sadolin Power 51-48 at the YMCA court. Warriors not only claimed their first-ever Abe Lincoln title, but also finished the tournament undefeated. Most Valuable Player (MVP) Stephen Okias scored 13 of his 26 points in the third quarter as the Warriors rallied from a 3-point halftime deficit for a title victory over Power. Power let the game slip away in the last couple of minutes, when Warriors deployed three successive fast breaks to claim a six-point lead. Isaac Afidra scored 15 points with team-mates Ken Balyejusa and Norman Blick adding a combined 21 points for Power who were condemned to second place for the second successive year.

The women's final saw Olivia Mulwana convert both shots from the free-throw line with 15 secinds remaining to give MUK-Sparks a 27-25 victory over Nabumali.
Sparks trailed by five points before outscoring Nabumali 8-3 to even the score in the final minutes of the game before eventual women's MVP Mulwana scored the decisive free throws for victory.

Last year's winners -USIU Tigers from Kenya were eliminated in the semis 60-66 by Sadolin Power, while womens defending champions-Predators also from Kenya didnt show up to defend their title.

Other results:
The tournament produced several upsets with 2005 MTN Basketball League women champions A-1 Challenge being the first causalities, when lesser-fancied Amazon Rhino tripped them 33-35. A-1 Challenge players reacted as if they had lost a final. Following the trend closely was Nabumali, who trounced 2003 women champions Makerere Sparks 38-24, producing the second upset. Carol Nantalo and Carthy Atyang ( Sparks players in the league) chose to play for their former high school team and outclassed the university side. In the men's division, Kyambogo Warriors beat defending champions United States International University (USIU) of Kenya 56-45. 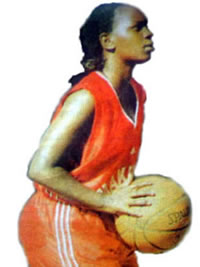