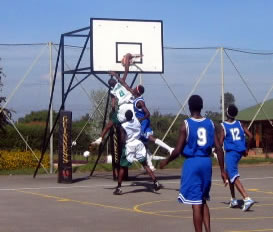 THE National University Sports Federation of Uganda (NUSFU) will host this year's edition of the East Africa University Games that get underway December 18. Kigali Institute of Science and Technology (KIST) had been entrusted the duty to host the games but showed unwillingness at the last minute, which caused panic to member universities.

"Our colleagues in Kigali said they had no enough accommodation for participants. We (NUSFU) had to meet and agree on hosting the games because other members were not ready," organising committee secretary Patrick Ssebuliba told journalists at a press conference.
Makerere University and Kenyatta University which hosted the 2004 edition will not take part in this year's edition. Makerere is closed and four public universities in Kenya including Kenyatta are also closed. This will be the second time Uganda is hosting the regional games. The first was in 2001. Kyambogo University will host the opening ceremony.
"We expect teams to report at the secretariat (Lugogo) on Dec 17 before we allocate them their residence venues of MUBS, KIU and Kyambogo," said Ssebuliba.

The EAUG Basketball defending champions are the United States International University-USIU basketball Teams, Tigers (men) and Flames (ladies). The USIU teams won the titles in 2004 in Kenya; Tigers overcame University of Nairobi Terrorists 67-58, while Flames edged out Rwanda 's Kigali Institute of Science and Technology KIST who were the defending Champions 57-49 and will be going all out to defend the titles.